Warm regards from Tanzania, where we are working within a larger project called Simulizi Mijuni / Urban Narratives. On 14th June, 5pm, we invite you to “Artist Hangout” at Nafasi (Eyasi Road, Dar es Salaam). We´ll tell about our practice, and hope to have people staying to hang out with us afterwards!

YKON was invited  to organize the YKON Dinner Game -workshop event at Harakka island, Helsinki, 21-22 May, and join a discussion at Kiasma museum of Contemporary Art Helsinki 26 May on Art and technologies of participation. Both events are produced and curated by Minna Tarkka, M-Cult.

We show Archipelago Science Fiction as part of EMAP -festival – an open air sound and moving image festival in Seoul. The festival consists of  art program from Korea and Finland.

This exhibition at NAMU brings together artists from Nordic countries, the Baltics and Ukraine, to survey the marks of identity left on today’s world. We are happy to show there our work Before Changing The Mind. The curator of the exhibition is Solvita Krese from Latvian Centre for Contemporary Art.

The next edition of the Speechkaraoke Club evening will present speeches from Thailand. In a field trip to Bangkok, the rice fields of Surin and the Finnish Ex-pat community at Hua-Hin members of SKAG collected short speeches from people of all strands of live. Among the new speeches is a monologue by a former Thai-boxing World Champion and a speech by a monk from the controversial Wat Phra Dhammakaya Buddhist temple. Finnish citizens that immigrated to Hua Hin gave speeches about the sometimes comical side of Life in Thailand. The famous apology to Thai berry-pickers can be performed at the club as well.

“While utopian or dystopian stories or images typically imagine societies separated from us in space (the island or enclave) or time (the future), these fictions invite us to make comparisons to our own world.  The flaws and nascent possibilities that we are blind to in our own time and place become visible when projected onto another one.  Similarly, the utopian gestures or critiques found in these artworks from Finland offer us opportunities to reflect on our own utopian aspirations.  The photographs, films, performances, and installations in the exhibition explore the porous boundaries between utopia and dystopia.” 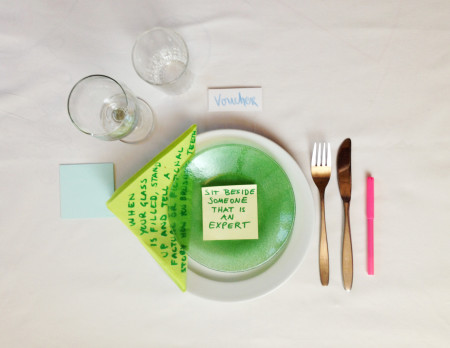 Together with our YKON collective we´ll launch a new open source project at Haus Am Lützowplatz, Berlin. The event is part of Performing Encounters  -series, curated by Yvonne Reiners.

The YKON DINNER is a game, designed by YKON, that alters interactions at the dinner table. By using a dinner structure of multiple courses, YKON facilitates the interaction between guests. Rules, scripts and designed hardware will encourage the conversations to go into new directions.
You could imagine the YKON DINNER as a combination of a dinner party with friends whom you haven’t met but always wanted to meet, a candy box of tools that you can take home with you and a series of close encounters with your possible futures.

If you like to join us in Berlin, please RSVP to hello(at)performingencounters.de 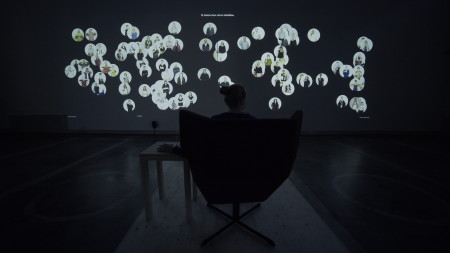 We are happy to present 101 For All -installation at the great documentary festival DocPoint. The venue is Dubrovnik (Eerikinkatu 11, Helsinki). The  installation is there on two days: 28 and 31 January 11am – 6pm.

101 For All is an interactive documentary movie -installation that offers the personal story behind the statistics. Imagine a Finland of 100 inhabitants. 51 of them would be women, 13 would be over 70 years old, one would be from Asia and one would hold a Ph.D. 101 For All offers a possibility to get to know them.

Tellervo Kalleinen and Oliver Kochta-Kalleinen visited one hundred homes around Finland and interviewed people about their personal relationship with 30 topics of discussion that tend to divide opinions. The 100 interviewees form a cross-section of the Finnish population in terms of gender, age, region, education, level of income, country of origin and mother tongue. The interviews were made in depth, with an intention to understand the influences behind the formation of the opinions and attitudes of the participants.

101 For All includes about 65 hours of video interviews. Visitors can pick – one at a time – their desired selection of answers from the available topics, and the interviewee that they want to hear speak. The 101th person – as referred to in the title – is the visitor, exposing the piece in his or her own way to other visitors.

The piece challenges to pursue one of the most radical acts of our time, listening to others without prejudice.

Open – this simple word contains the seeds for a slow and silent revolution. It stands for a complete transformation of society as we know it. In fact, this transition has already started: Open Source Software altered some fundamental economic beliefs. This transformation comes in many shapes and ideas: Open Source, Open Money, Open Democracy, Open Knowledge, Open GLAM, Open Farming, Open Space, Open Data, Open Culture and last but not least Open University.

To celebrate the occasion of KUVA joining the Open University of the Arts, Helsinki we invite you to an OPEN BINGO afternoon. In a playful setting we will map, analyze and discuss the various movements, ideas and activities that are falling under the OPEN label. Together we will find out, how those ideas may affect our society, our daily lives, and the way we produce and distribute art and culture. Players will learn mostly from each others, but will also be able to consult jokers for support – the jokers being a number of prominent protagonists of the open movement in Finland: Sanna Hirvonen (Open Glam & Kiasma), Laura Sillanpää, (Open Knowledge Finland), Juan Duarte (Pixelache). The Bingo game is designed by YKON and Kalleinen/Kochta-Kalleinen. Prizes guaranteed! 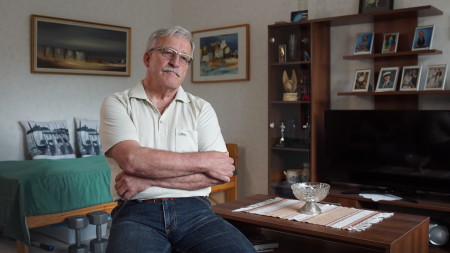 101 For All is a new set of works by the Ars Fennica awarded artist duo. The exhibition spreading into Kunsthalle Helsinki looks beyond the opinions and statistics of a cross-section of the Finnish population as 100 individuals address sensitive topics in the intimacy of their own homes.

Since the parliamentary elections held in spring 2015, Tellervo Kalleinen and Oliver Kochta-Kalleinen have visited private homes all around Finland to interview people about their personal relationships to topics that tend to spark an endless debate in the media. The 100 interviewees represent a statistical sample in terms of age, gender, region, level of income and education: 51 women, 49 men, one with a Ph.D., five registered immigrants, six Swedish-speaking Finns, thirty residents of Uusimaa, one from the Åland Islands – and so on. At the time of the opening, 93 participants have been interviewed. Seven more subjects will be added midway through the exhibition.

The interview material is composed of views on 30 public debates ranging from immigration to privatisation, and from nuclear power to euthanasia – and not forgetting the health impacts of butter versus margarine. The reflections of the participants reach very personal levels as they link their experiences to their views.

The title piece 101 For All includes about 65 hours of video interviews. In the “sleep mode” of this interactive video installation only the muted images of the interviewees are visible, projected on the main wall of the Kunsthalle. Visitors can pick – one at a time – their desired selection of answers from the available topics, and the interviewee that they want to hear speak. The 101th person – as referred to in the title – is the visitor, exposing the piece in his or her own way to other visitors.

On the other hand, 101 makes a reference to learning. The number is an international code for an introductory course in an educational context  – it has also become known in Internet slang as an acronym for the basics of a topic. Perhaps 101 For All is then the 101 in forming an opinion – an introductory class on how our personal experience affects our whole worldview. The piece creates a unique opportunity for a listening comprehension exercise at a time where listening to others and getting to know their standpoints with an open mind seems to be the most radical of acts.

An encounter with one hundred Finns, and a reflection on affecting others and being affected, is also the starting point for other works in the exhibition. The Library of Influential Books – shown in its build-up phase at the Mänttä Art Fair in the summer – is now exhibited in its complete form. It comprises of 98 books that have had a defining effect on the mindset of the interviewees (two out of one hundred were unable to name such a book). In the piece Former Opinions, people recite opinions that they have since left behind, with their backs turned towards the camera. At the exit, visitors are also offered the chance to dispose of any opinions they no longer need.

The artist duo also became interested in the use of statistics and the power in interpreting them as a link to forming the general opinion. Through a wider scope, the exhibition also looks into representation: can one individual or a small group of people ever represent “everyone”? What about the ones left in the margins?

1 Nov, 1 – 4.30pm
GUIDED TOURS IN THE OPINION JUNGLE
Three people dealing professionally with public phenomena and having an impact on opinions present their outtake of choice from the 65-hour long collection of interviews called 101 For All. Each presentation lasts 30 minutes, followed by a discussion with the audience.

20 Nov, 4 – 8pm
LOVE, DEATH AND MARGARINE
A four-hour long potpourri by Kalleinen and Kochta-Kalleinen composed of answers to different questions by the 100 participants. The interviews chosen for this showing have subtitles in English.

Tellervo Kalleinen and Oliver Kochta-Kalleinen are a Finnish-German artist duo living in Finland. They have worked together since 2002 and exhibited their work around the world. They have received two major art awards in Finland: the AVEK media art award in 2012, and the Ars Fennica award in 2014.